Neo-Earth is a world slightly similar to the normal Earth but a lot more advanced. This world serves as the main base of the Heroes Coalition.

Ultimate State of America - is the biggest state in Neo-Earth. It is where Neo-City, New-NewYork, Magnum City and Peach Creek are located.

Neo-City - a city that can be described as a Tokyo/Paris/Las Vegas hybrid, so the city is filled with casinos, cafes and many establishments about entertainment purposes. The city has huge park were people mostly relax, there are also a number of construction site around the city meaning the city kept on growing bigger and bigger.

The Training Facility or Training Camp - either you call it facility or camp, this place is where Blessed and other aspiring heroes are trained. It is also the main HQ of Neo-City's Heroes Coalition.

Dormitory Village - as it's name suggests, is a large complex located somewhere in Neo-City, this is where most trainees, heroes, students from Vanguard Academy and staff members lives.

Brainless Studios - a musical recording studio own by DJ Alligator. It has produced many great idols. Adagio Dazzle is currently working in this studio as an idol.

AniManga Cafe - is a large cafe owned by Malin Fong. Adagio Dazzle would perform in this cafe on a weekly basis.

Rabbit House - not much is known about this place but it's quite a favorite hangout by the gang, mostly with the Vivid 4.

Brainfreeze - an ice cream shop somewhere in the city.

Vanguard Academy - a large and colorful castle-like mansion campus located right next to the Training Camp.

Shelter - another large facility just a few kilometers away from the Training Facility and the Vanguard Academy. The large facility is a charity owned and operated by a very high-ranking official in Neo-City, the place offers medical attention and career training for the less fortunate such as the homeless.

Neo-City National Airport - is a large aerodome facility that works as an airport and a spaceport.

Mega-Tokyo - a city similar to the modern day Tokyo but a lot more advanced. Mostly populated by females after many males left the city.

Heartcross Academy is an all-girls schools, where students not only learn the basics but also morals, morals of friendship and respect. The school is divided by north, south, east and west. The school is divided in each group from different buildings. Each floor consists of different age groups of students from pre-teens to the older teens, all talented and gifted. In occasions, the school can get a bit big for visitors as the school has been to known to be quite huge even for those that studied there even amongst the gifted. Heartcross provides dorms for those with scholarship as well for exchange students from around the world. Aside from basic education, Heartcross has multiple activities and clubs for students to join. From basketball, to soccer and even Jai Alai, as the school encourages students to participate. Heartcross also teaches self-defense classes from Karate, Judo to even Wrestling. The school also gets visits from other schools to take on festivities or even competitions from both schools. Students are free to visit their friends from the other schools and treasure their school memories together. Heartcross Academy also doubles as a Heroes Organization and as well as it's main HQ.

Mega-Tokyo Police Department also known as the Police Force, is a group female operatives ready to solve and take down crimes that happens in the city on a daily basis.

Sakurada Kingdom is a large sovereign located somewhere in Neo-Earth. The ethnicity of this kingdom is widely similar to Japan on both culture and traditions. This is where the Royal Sakura Family lives.

St. Harmony Island is allegedly located at the coordinates (48° 52′ 36″ S, 123° 23′ 36″ W) which is 2,688 kilometers off the coast of Southern Chile. It is called the furthest point from any other landmass by Mario, himself. The islands location is considered by geographers and cartographers as a "point of inaccessibility" since there is no existing records of accessible landmass. In terms of description, the island is very similar to the Isle of Skye, both in size and beauty. Originally used the by the first generation Dimensional Heroes training ground. However, due to the formation of the Heroes Coalition Training Facility, no one has ever since train in the island. However, the veteran heroes would sometime go there to have a get together or to relaxed. And despite not being used for a very, very long time, the island managed to preserve it's beauty.

The Pure Philippines is a country in Neo-Earth. A lot is already known about this country but no members of the Heroes Coalition originate from this country.

Magnum City is a neighboring city which can be seen East from Neo-City. This city is described to be a a futuristic version of Chicago, Illinois and Washington, DC. Not much is known about the city aside from having a Nuclear Factory.

Dave England is a constituent country that borders Scotland to the north, Wales to the west, and is the most populated country in the United Kingdom of Great Britain and Northern Ireland. It's where the Anglican Church is situated. The Anglican Church is the largest Christian denomination in the UK. They don't specialize in witchcraft, inquisitions and anti-magic.

Herowood is a large neighborhood located in the Midwest of the United States of America and it's also known as Celebrity Capital of the country. Indeed, Herowood is known for it's numerous studios that produces music, movies and TV programs. Aside from studios, Herowood has numerous theaters for stage plays and movie screenings. 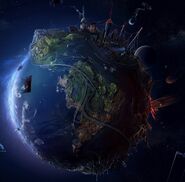 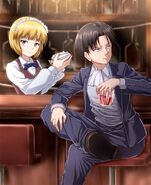 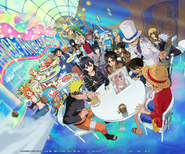 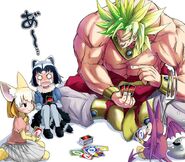 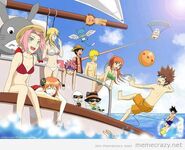 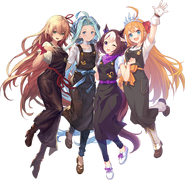 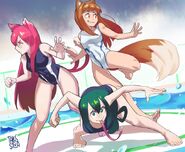 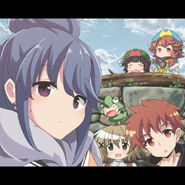 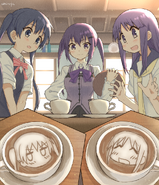 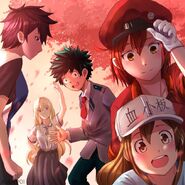 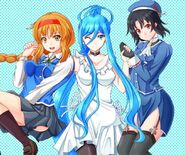 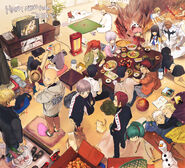 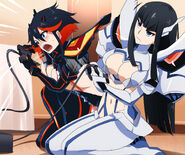 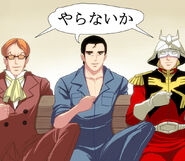 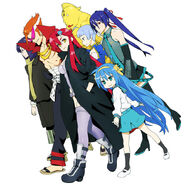 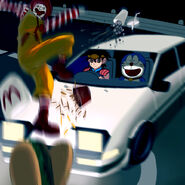 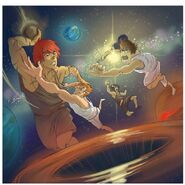 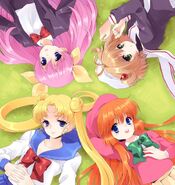 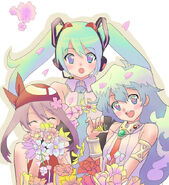 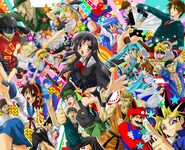 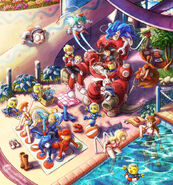 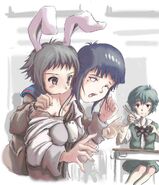 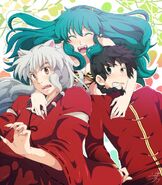 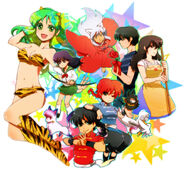 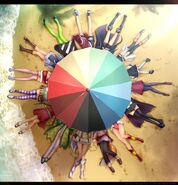 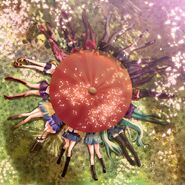 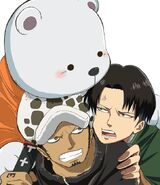 Add a photo to this gallery
Retrieved from "https://all-worlds-alliance.fandom.com/wiki/Neo-Earth?oldid=58905"
Community content is available under CC-BY-SA unless otherwise noted.